Body Environment Changing your name for a better life 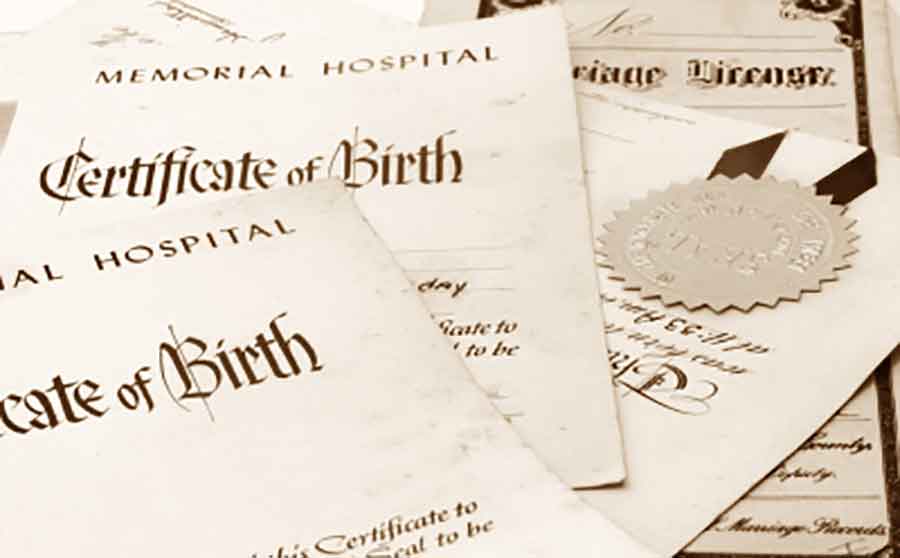 Admittedly, in the context of marriage, this is a decision in life that tends to be faced by women more than men, and I find the concept of a name change very intriguing, especially in the realm of adopting a spiritual name that one is then come to be known by.

Suraj Kaur Bryson formerly Jane Bryson recently had to face this decision in her life. As President of the Kundalini Yoga Teacher’s Association Australia and New Zealand (KYTANZ), Bryson has recently decided to change her given name to the spiritual name she received upon completing her teacher training in New Mexico over 5 years ago.

In Kundalini Yoga, the spiritual name that you are bestowed with is based on your full name, and also the numerology that is associated with your date of birth. Your spiritual name is your challenge but also your destiny. For many it is also the strength that you may not have necessarily learned to harness just yet.

Additionally, a spiritual name is based on Naad Yoga which can be described as the power of a sound vibration.  Any time we think, speak, chant, or utter a sound, we set a new vibration into motion. That thought, word, or sound may be a vibration of high frequency that serves to elevate us and those around us, or maybe one of a lower vibration that diminishes us and others. In the case of Kundalini Yoga and spiritual names, the experience is of the former.

Each of us has experienced the powerful impact of sound when we have been on the receiving end of hurtful words that have had a lingering harsh effect on our emotional state. A spiritual name based on a high quality sound vibration reinforces and accelerates our progress for our highest destiny. It challenges us to live in highest consciousness and awareness. Your sacred name is one of your first steps in leaving past patterns behind and embracing your spiritual identity.

In Bryson’s case, the name ‘Suraj” (pronounced “soo – raj”) literally translates to ‘sunbeam of light’. Initially, Ms Bryson says that this was confronting. During the training for a Level 2 module called Authentic Relationships and one of the student’s tasks was to use a paradox to describe themselves. Suraj chose to describe herself as ‘the reluctant leader’ as she is someone who has always been a leader but almost exclusively from behind the scenes.

Like many people who receive their Kundalini yoga spiritual name, Suraj says that for a long time she had trouble remembering it. The connection with this new name reflected Suraj’s own personal yoga practice at first and her new name would oscillate in the same way. She describes feeling very torn, almost like having to contend with 2 identities.  At first the name ‘Suraj’ would be just for her to teach and ‘Jane’ would be used for the rest of her world.

‘Jane’ represented an old identity, work, home, old friends and an aspect of her ego. ‘Suraj’ represented a new identity in the form of spirituality, a Kundalini yoga /meditation teacher and her soul’s newfound identity. It ended up becoming a longstanding fight with Jane vs Suraj. In the end, ‘Suraj’ was the victor.

Bryson says she no longer wanted to have a split between the 2 worlds preferring instead to bring them together. For a while it was going to be with her birth name ‘Jane’. She goes on to say that one of her teachers was very disquientened about her taking her spiritual name as he was an Indian teacher that she had at the time.

“Careful, you’re meant to be reducing your identities, not adding new ones and he also said that my mum had given me my name as a gift. It was my destiny name that was whispered in her ear by God when I was in the womb” he warned.

“That impacted me as I became embarrassed, but over time I realized that Jane was never actually my name. The name that was given to me at birth was Jennifer Jane, but I had always been called by middle name.”

Suraj realized that her name always denoted a few different identities. Officially, people who didn’t know her such as medical receptionists, or airport staff would address her as ‘Jennifer’. At work, with her family and personal friends she was known as ‘Jane’. ‘Bryson’ is her husband’s name, again a name that wasn’t originally hers.

Like many of us who experience a point that leads us to make a significant change in our lives, this came unexpectedly for Bryson and occurred during a training course in Thailand where she met her current spiritual teacher. She goes on to say that her connection was realizing that the divine was within her and that Jane was her birth name and Suraj would be the beacon of light that would represent what she was aspiring to be from now on.

“When you’re with your spiritual community, or your teacher, your morning practice, teaching a class, you feel elevated. But you need to find that within you, so when I connect with Suraj I’m connecting wit my soul. The name is there all the time, not just in brief moments.”

“As President of KYTANZ, I no longer have anything to prove anymore, as Suraj represents the beacon of light that leads the spiritual way. Jane is there, a part of me, but it’s no longer who I am. Suraj elevates me.”

“With my own company as Jane Bryson, I felt embarrassed about promoting my own company, yet by taking on the identity of ‘Suraj’, I find that networking comes more easily to me because its community building . Suraj is there to serve and this ties in quite significantly with Kundalini Yoga moving from the Piscean Age to Aquarian Age. According to Yogi Bhajan Master of Kundalini Yoga, this means we are moving from individual consciousness to group awareness.”

A spiritual name reinforces and accelerates your progress on your path to your highest destiny. Making the choice to receive a spiritual name (and using it) is taking a rebirth in consciousness. It has positive benefits every time one says it, meditates on it, or hears it.

Unlike Bryson, many practitioners of kundalini yoga choose not to adopt their spiritual name, or choose to use it in just a professional capacity. This is a very personal decision, and what may be right for one person, isn’t necessarily right for someone else. For some people their birth name is their name. It’s not everyone’s path to have a spiritual name, nor does it have to be.

One articular teacher who has been teaching for many years says that her birth name was always part of her spirituality. From her wayward youth spent experimenting with drugs to her egocentric twenties focusing on her career and travels. Her spirituality was emphasised more with the tragedies she experienced in her life with the death of one of her children and the eventual demise of her marriage as opposed to the triumphs of running her own company.

For her, the reluctance to take on a spiritual name was based on similar reasons to her decision not to take her husband’s surname. She relates her views to the concept of a new year’s resolution and says “You don’t need a new year to have a resolution. You just need a defining moment in your life and then you need to make a decision to commit to that moment.”

“It took me a long time to make peace with the person I was born as, and when I was comfortable enough to accept myself, warts and all, it would almost have been sacrilegious for me to change that name first when I got married and secondly when I took on a  more spiritual path.”

A popular mantra that is used most frequently in Kundalini Yoga is “Sat Nam”. Nam is literally a noun. A noun could be the name of a person, place or thing. So Sat Nam means “Truth is my identity.”

“That’s my Name. That’s my name. When one asks for a spiritual name, that name describes the destiny” says Yogi Bhajan (The Master’s Touch June 27, 1996).  This is a particular poignant thing to remember regardless of whether you are known by your birth name, spiritual name or even pet nickname. The manifestation of your current situation will be shaped by how people address you.