Mind Philosophy Is there someone for everyone? 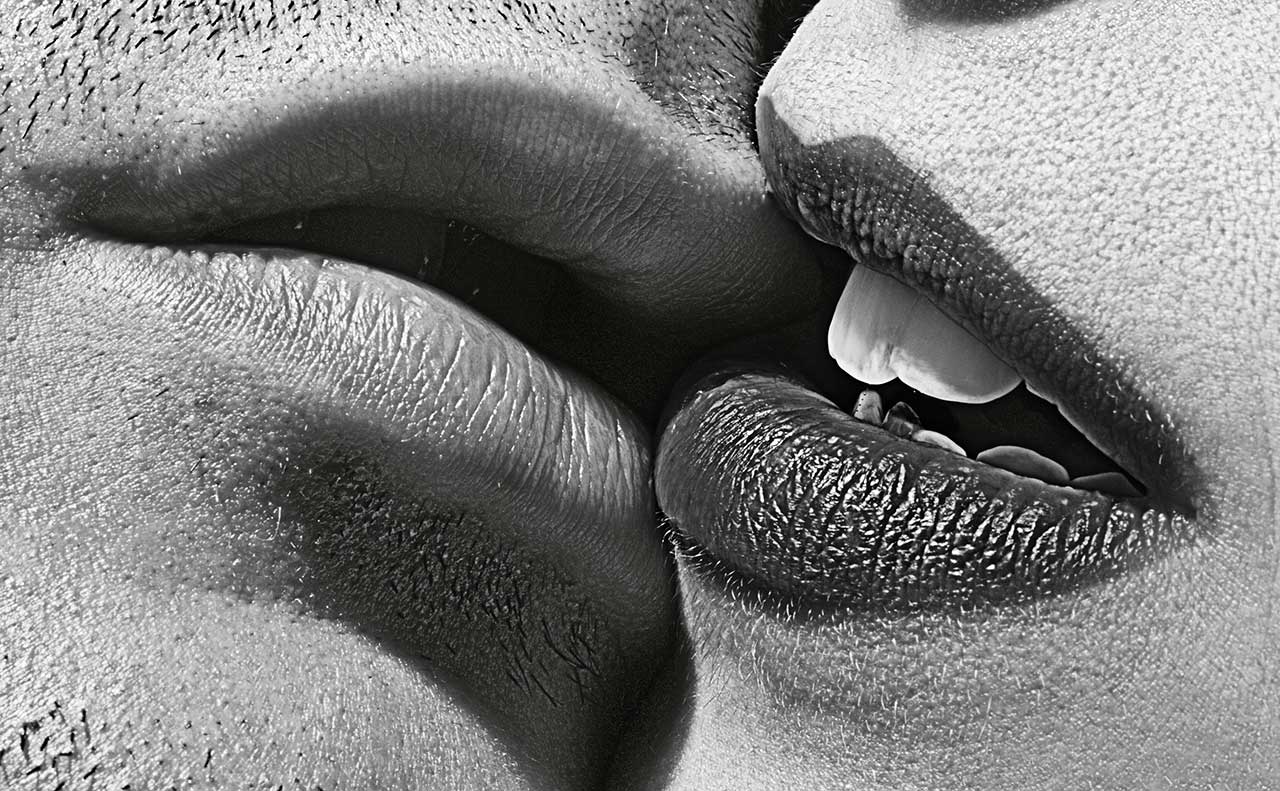 He sounded too good to be true. “Do I really want to look like a fool again?” questioned Melanie. “What if he’s just another jerk who sounds so fantastic but really isn’t? What if I’m just wasting my time again?” Melanie held her breath and read the ad on the screen for the fifth time.

“Gentleman NS SD Mid 30’s longs to meet a woman who loves nature, long walks, discussing feelings and thoughts about books, movies and life, home-cooked meals and animals. I want a sincere woman aged 25 – 40 who wants to be pampered, romanced and taken seriously – someone I can give my heart and attention to. Please be ‘the one’ for me.” GSW 96573.

Thinking she must be crazy, Melanie decided to contact the author. “What if he’s everything he says he is and he really is ‘the one’ and I don’t do anything about it? What if GSW 96753 is my soul-mate – my final chance at happiness and I talk myself out of it? Could I live with that? Oh Melanie, you’re such an idiot! How many times have you done this, how many times have you answered a desperately seeking ad only to discover, surprise, surprise, that desperate is the only part that’s right? Why are you doing this to yourself again? They’re all the same you know and you know no-one really wants you … aarrrrggghhhh …” she screamed as the doubts droned on and on.

Confused and stressed, Melanie sat in front of the screen, fingers poised over the letters below them, ready to pour her heart out to some stranger. “Hello? Are you paying attention here? You’re about to put your life out there for a total dead-beat to read … if you think this is ok you’re more nuts than he is?”

“No!” she battled on, “this one’s different. I can tell. He sounds … I don’t know … well, different! He sounds loving and kind and see, he likes animals so he’s got to be decent, doesn’t he? I mean, you can’t fake loving animals … can you?” and still the doubts surfaced despite her brave attempts to silence them.

Wars like this raged inside Melanie all the time … over everything. The more worked up she made herself, the more she couldn’t switch off the other voice. It plagued her constantly and often, so she never knew which voice was her own anymore. All she was certain of was that she was lonely … afraid, lost and really lonely. “Maybe I’ll just answer this ad and see what reply I get? If he sounds like an absolute fruit loop then I’ll have wasted nothing but a few hours writing an email. Ok! Here goes,” she determined.

Again she read the ad and again she just stared at it. “Oh God! What do I write? I have nothing to say – this is ridiculous – what am I doing? It’s just a damn ad you’re replying to not a request for your blood!” Melanie’s mind raced and thoughts, of all sorts, accrued faster than she could keep up with them. And, just as images of serial killers were making their way into her consciousness, Melanie began typing …

Dear … Dear … Dear … “Shit! Dear what? Dear who? He doesn’t have a name you turkey. Hey, why don’t you write Dear Too Good to be True, or wait … this is better … you could put Dear Liar?” Melanie hit the delete key and, putting her head on the desk, tapped her fingers on the keyboard. “Ok, we’ll scrap the Dear bit because that’s so not working. So, let’s try …”

Melanie wanted a drink. In fact, she desperately wanted to have a drink … a strong one. She was never going to get through this without one. All of her anxiety would just slip away effortlessly, if she could just have one teensy, weensy drink. It would help to stop that other voice from ruining everything too. “If I only have one that’ll be enough … it’ll just help me relax and get through this,” she bargained with herself.

For as long as she could remember, there had always been the other Melanie … the one that was nasty and poisonous with its words but who had helped her survive all those men who abused her. Melanie was lonely and longing to be loved by someone while her friend drank to forget and proved, time and time again, that life was just crap and all men were losers. Melanie raised her shoulders and trembled slightly as she remembered the last guy she had been set up with – the one who kept wanting her to take off her shoes so he could … what was it? Melanie searched deeper for this memory … ahhhh … tell her what lay in her future because, he said the toes held the answer to everything … or something bizarre like that. The guy was a whacko! “Imagine if I let him, I could’ve ended up being a news item by now?” Melanie laughed awkwardly although she knew it was anything but funny.

And now, here she sat praying that this was Mr. Right whilst battling the urge to have a drink … an urge that she knew would never go away. She decided ‘Dear Gentleman Seeking Lady’ was as good a place as any, to start. She could always change it later and so, she wrote

Melanie read this a few times before continuing … “I am a young, intelligent lady who also likes nature and literature and I have three cats!” As soon as she’d written it, she quickly high-lighted the last few words preparing to backspace them because she thought he might hate cats but something inside her encouraged her to leave them there. “Ok” she sighed, “What now?” She had read his ad so many times that she knew it by heart. “I’m a great cook” – well, this wasn’t entirely a lie she mused – I can put a meal together and, because his ad didn’t give any specifics, I don’t have to either. Now, let’s see whether I need to write any more?” she thought, as she read what was on her screen.

“I sound like a nothing,” she thought, “I sound like I’m just repeating his ad and that’s anything but intelligent. Who am I kidding? This is such a waste of time – he won’t be Mr. Right – he won’t be Mr. Anything. He won’t want me anymore than anybody did before – why should he be the first? I don’t even want to know me.” Melanie pushed her chair away from the desk and almost ran to the kitchen. She tried desperately to control the tears she felt welling up in her eyes as she rummaged through cupboard after cupboard for that bottle of scotch she knew she had in there somewhere. “Oh! This is hopeless! How am I ever supposed to find Mr. Right when I can’t even remember where I put a bloody bottle?” she said as she slammed one door after another shut. Melanie slid down the face of the old white cabinets to the floor and put her tear streaked face on her knees. Then Lia’s words began echoing in her mind …

“Mel! You can find love … just don’t look for it in the bottle you’re holding because that’s one place it’ll never be! Remember how we used to go out and laugh and dance and be silly and break into song on the dance-floor and meet people – all without drinking? You’re a great person and you have a life full of possibilities just waiting for you to take them. Make your life the wonderful things you dream of, Melanie! Look at your art, you’re unbelievably talented! Hey, the right man will find you – he’s just waiting to meet you, too … I just know it! C’mon babe, do it without the drink. You’re worth more than that!”

Melanie couldn’t remember how many times she had re-played this speech in her head especially when all she wanted was to drink and drink and drink some more until the reality before her was numbed and then, thankfully, gone! It was always so easy for Lia – Lia was gorgeous, always the teacher’s pet at school, every parents’ dream child and, she had Dean. Dean loved her almost as much as her own folks did and he was everything a man should be for a woman … everything. She hated being around the two of them because she always felt so in the way. Whenever Lia would try to include her, Melanie tried equally as hard to sound too busy, or ill, or up to her neck in stuff that couldn’t wait, to join them. It was painful being a third wheel and, as much as she loved her friend, unless you were one, you could never understand how this felt. Never!

Melanie let Lia’s words trail off as she sat hunched on her kitchen floor, rocking to & fro. How was she ever going to write this email? She really wanted to believe he was the one and that this time, it would be different but there was no hope in Hades that it was going to happen without a drink … or two, or … if only she could find that damn bottle! With lightning speed, her eyes darted across the kitchen and towards the canisters at the end of the bench. “I put a bottle in there, didn’t I?” she whispered to her cat, Jewel who was momentarily awake and blinking at her because she was in the kitchen and this usually meant food. “I did Jewel – I did!” Mel cried with joy as she raced towards it.

Gulping furiously, as if it were the elixir of life, Melanie patted Jewel on the head. Her computer sat patiently in the corner of the lounge … message still on screen. Her computer was the one thing, apart from her beloved cats, that never judged her, she thought defiantly. It didn’t care who I was or who I wasn’t. She loved her computer and, patting it just as gently as she had patted Jewel, she sat down in front of it again, determined, this time, to finish the email to whoever he was.

She placed the bottle beside the keyboard and, holding her finger on the delete key, Melanie erased what was there. Another swig later she typed … “I am the one.” LSG 5511927 and before she could stop herself, she clicked ‘send’. Once again, Melanie sat in front of her screen in the silence of her life and watched, with no emotion, as her out-box declared itself empty. She lifted the bottle to her lips and waited …