Mind Philosophy Realising what we have 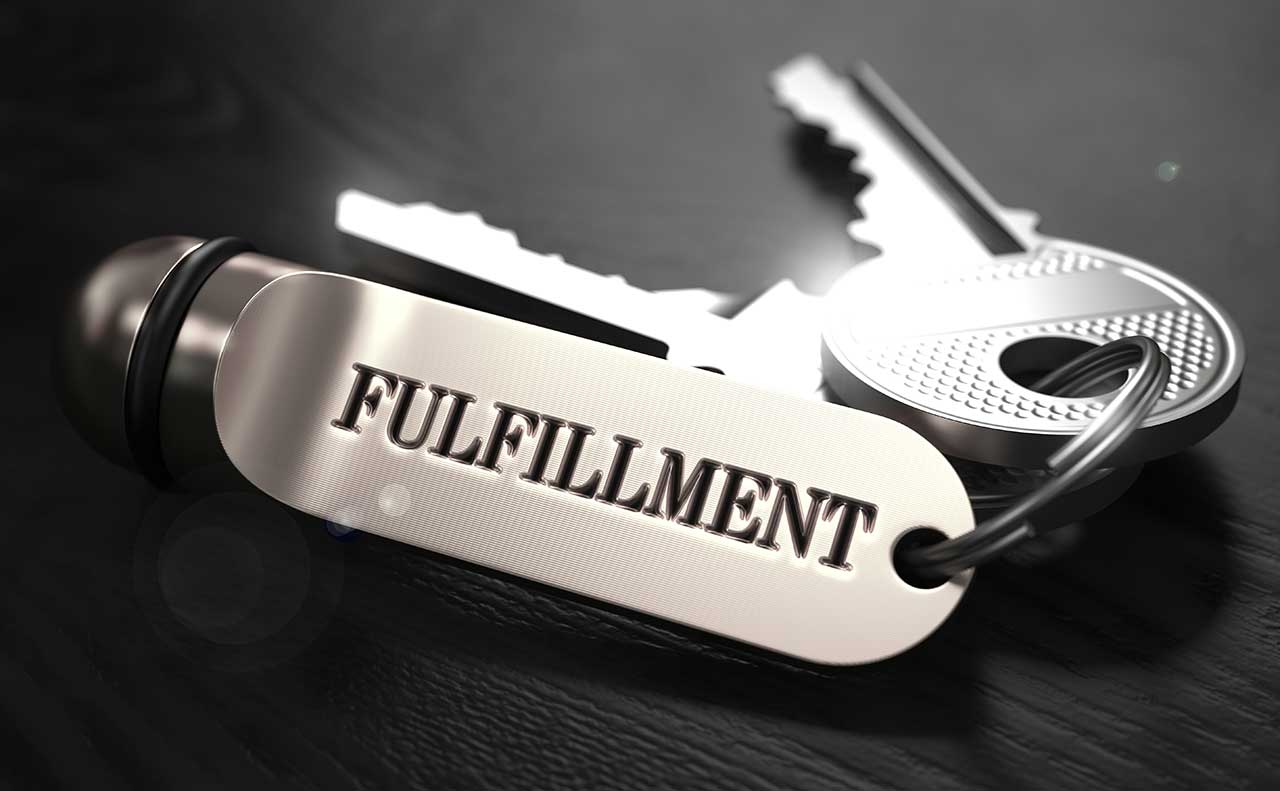 Who stole our happily ever after?

He rolled over, stretched and yawned. Once upon a time he would’ve curled into the back of his wife, placing his arm gently across her thigh and he might even have kissed her softly on her neck, too. Yes, once he would have thought about all of this but today, he had too much to do and she wasn’t even there – again.

Glancing at the alarm clock told him that 5 more minutes was out of the question. Rubbing his face in his pillow and letting out a low grumbling noise, he fought the little voice inside his head that persistently told him he had to get up. Reluctantly, one bare leg hit the floor.

He sat on the edge of the bed, yawning and stretching whilst his thoughts turned like the pages in his diary. Hmmm … meet Eric at the office by 8, grab the files for today’s briefing with those clients I can’t stand … remind Sharon to hold my calls from 10.15 till 1, send Terence that email I’ve been meaning to get to since last Wednesday, go over Eric’s ideas for the “Stanley/Taylor’ merger and sign those documents that I promised Sharon I would actually see in my ‘in-box’. His body sat rigid, “No sweat” he said to the empty room, “Should be done by, oh, some time next century, if I’m lucky!” There were still more calls to make, a lunch meeting to attend with staff from the West End office and next week to plan before the day was through, too.

He hadn’t even left the bed and already his head was full. He staggered to the shower and waited for the water to steam up. Usually, shower time was thinking and daily planning time but today, he just let the water fall over him. With his forehead pressed against the glass, he glanced at the empty bed. No doubt she would be organizing the kids’ lunches and any forgotten or missing items, perhaps ironing his shirt and trying to drink a cup of coffee too? For a brief moment, he saw the gorgeous, long haired blonde of long ago and as he turned to let the water wash over his face, all thoughts of that her were gone – replaced, instead, with a vigil on the time and a plan of attack for his day.

Life in the kitchen was frenetic – there were kids and cats and books and bags and lunch-boxes everywhere. Somewhere amongst the chaos he found his shirt and barely heard the radio announcer say 7.25 above the kids’ shouting. He made his way back to his room wondering why she hadn’t managed to get some order into her routine. She had done enough mornings by now to be able to organize things. It couldn’t be that hard? As he looped his tie around his shirt’s crisp collar, he thought he would talk to her about the state of their mornings when he got home. He scooped his jacket off the bed and headed, begrudgingly, for the kitchen again.

His kids were too busy fighting to notice the angry glance he gave his wife. “Can’t you do something about this?” he said as he pointed – at the kids, over his ears and around the bench.

“Whatever!” she said. “If you don’t like it, do something about it then! Believe it or not, you are actually a parent in this house too so, go on – see if you can do any better? I’m happy to let you take over pal, just say when!” she spat.

“And who’ll do my job whilst I’m busy taking care of yours, too huh?” he threw back at her.

Before there was a reply, he looked her in the eyes, those perfect blue eyes that he had always loved, grabbed his keys and was gone. “There will be lots to say tonight, that’s for sure … best get prepared to sleep on the couch again old man,” he thought. And with that, he turned the key in the ignition, hit the remote for the garage door and checked the time on the digital clock. “Shoot! I’m going to have to move it now”. Out into the street he went and somehow, the thoughts of how she used to love seeing him in his suit – so much so that she would grab him by his tie and look him up and down with a little admiration and a whole lot of lust … went with him in his head.

She stared into nothingness, anger surging … “Maybe he should just bloody stay home & try doing what I do for a day? Just wait till Mr. Perfect gets home tonight; I have plenty to put him straight on!” She left the kids and the mess and headed for the shower.

It was her turn to let the water wash over her. Once upon a time they would have showered together and there would have been laughter and love-making and long looks into each other’s eyes. As she pressed her hands on the glass and let the water run down her spine, she noticed the pile of wet towels he had left on the bathroom floor. “Aarrrrrgh!!!!! What on earth possessed me to marry this jerk?” and like her husband before her, she turned to let the water splash across her face as her daily to do list welled up in her mind. Get the kids to school, drop by the supermarket to grab some things for dinner, clean up after everyone, wash those towels thank you jerk, finish sewing Kayla’s costume, remember to actually buy tickets to Kayla’s concert and then head back to school to help with reading in Sam’s classroom. Before she knew it, Christmas would be here and she was so not ready for that either!”

Just then, she saw her husband dressed as Santa, creeping down the stairs in the dead of night to place presents around their tree. He was so careful not to forget drinking the milk the kids had left for Santa the night before and to nibble on the apples left for the reindeer too. She remembered wanting to hug him forever then because he was so kind and loving and everything she thought he would be and when they made love afterwards, it was fairy-tale perfect. He was her Prince Cha … aarrrggghhh … are you kidding, she thought. He wasn’t a Prince anything … he never helped out around the house, never did anything with his kids, never planned dinner and most nights, well, he wasn’t even home to have dinner. She didn’t have the life she thought she would have and she certainly didn’t want the one she was having right now either … and as she looked blankly at her reflection, wondered how she would tell him tonight that she was leaving.

He heard the phone go off and patted his pocket furiously. Where had he put it? Damn! He knew it would be Eric and he knew he would be mad. He noticed the red light up ahead when he saw his mobile on the floor. Thinking he’d be quick, he bent across to pick it up and stop it ringing because the noise was driving him nuts. As he flipped it open and was heading upwards, his eyes caught the back end of the truck that had suddenly pulled into his lane. He vaguely heard the crunching of twisted metal as the vehicles collided. He didn’t see the corner of the truck smash through his windscreen, spraying glass over him and the road for miles either. Nor did he really hear the screech of braking cars trying to avoid them unsuccessfully either. He would never hear these things or anything else – again. He saw his wedding day. He saw a glimpse of her beyond the church doors and smiled widely as he knew he was the luckiest man alive then. He held on to the image of her looking like a Princess that he had just awakened with his kiss of true love as he fought the blackness with all he had inside. He wanted to tell her that his love was still there and that he was sorry for being an idiot and he wanted desperately to change the miserable lives they were living into the happily ever after’s he had promised her. He had rescued her from a life she hated and had ended up giving her exactly the same thing, he thought. He expected their life to be filled with laughter and parties and white dresses and love-making. She made him feel like her Prince always telling him how wonderful he was … at everything. Why wasn’t it like that now? What had happened to them? Where was this ‘happily ever after’ … where? It was then that he realized with an all encompassing grief that his life was his dream … it was his fairy-tale. He wanted one last chance … and then, as the digital clock flashed 8.23, he wasn’t there anymore.

The news came on just before she turned the corner to get to school. Sam and Kayla had finally quietened down but were still managing to find something to argue about … she turned the volume up to hear as much of the news as she could. “Horrific … biggest accident ever … shocking mess and three dead” was what she heard. Her body shuddered as she thought how tragic this was. Then, school was in view and her day was in full swing.

We all have opportunities before us to learn compassion, respect, tolerance, forgiveness and how to love, in our relationships. If we are fortunate to wake each morning, then we have a chance to work on what is important to us in our lives. Otherwise, what is it we are waiting for?