Mind Philosophy Responsible for your own thoughts 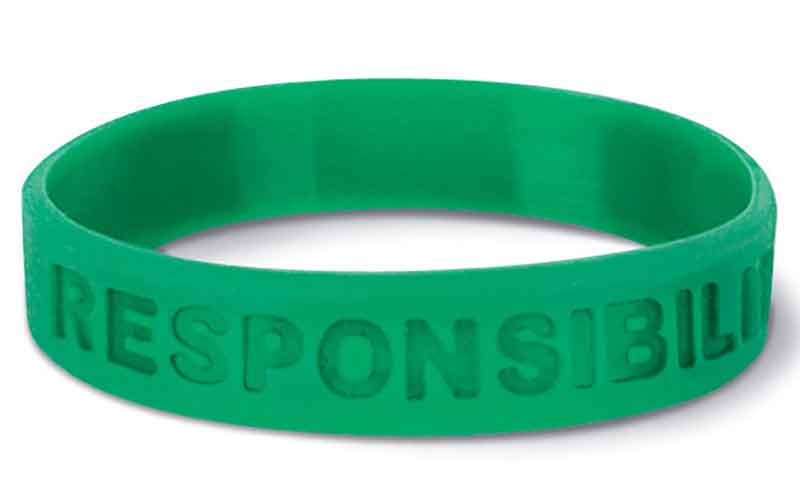 As stars, a fault of vision, a lamp,
A mock show, dew drops, or a bubble,
A dream, a lightning flash, or a cloud,
So should one view what is conditioned.
— Mahayana Diamond (Cutter) Sutra

In the Science of Meditation I mention the importance of ownership – ownership in all you perceive, feel and think, including all those things you would prefer not to experience. This might not be a comfortable proposition, but a complete necessity if you wish to experience the brilliance that you actually are, and the brilliance that makes the universe exactly what it is. Transcendence of the sticky, ugly, and glamorous* is always just behind the sticky, ugly, and glamorous. It is only your translation of what you perceive that makes these things what they are. We define and categorize all things into two boxes, likes and dislikes, and thus limit their expression, and their capacity for beauty. We limit the ugly from expressing its beautiful truth, and and in the same way we limit what we love from being infinitely crisp – all by definition.

Yes, all things are equal, and they are all an intrinsic part of what we each are. We stand in high places tinged with arrogance, thinking we control the world. When something happens that proves this wrong, we become hapless victims of an aberration in the system. It is really us in this frame of mind who are the aberration – we cannot even control our own thoughts or understand what it is we are defining, let alone actually control our own realities. We are the only ones who lose in this game of supremacy and separation. The good news is that as you gain an ability to control your thoughts and responses to all these things, your consciousness begins to shift away from the Cartesian, mechanistic viewpoint of the living universe, and you become a member of life. By this, you create an opportunity to see the simple shining truth behind all that is, as it is. You can accept so much more as this perceptual balance finds its way into your life.

This balance comes from compassion, not sympathy. Compassion is a state of conscious detachment and love, while sympathy requires judgement and comparison. Separation results from the latter, while connectedness results from the former, as you claim ownership, and therefore unity, with the subject of your compassion, be it a loved one, a stranger, an enemy, a tree, the earth, and consciousness itself. Once compassion enters your external world, you can see it actually arises from within, as all things do.

I must, out of fairness, and before complaining of lesser deeds, mention a few things we can be proud of, things brought about by correct and ethical thought:

These things are all a part of us, and within each of us, whoever we may be (or appear to be).

I must now present a list of events caused by misperceptions and childish fears becoming manifest:

You already know that, indeed, all things do come to pass in this world, but there is a small piece of bad news to share with you. These later five examples of cruelty and injustice are, also, each a part of each of us, without exception. I don’t mean this metaphorically, but literally, in an archetypal sense. We own all these thing, bad or good, as they are sourced from within us, within the recesses of our minds.
It is a fact that cannot be denied: the wickedness of others becomes our own wickedness because it kindles something evil in our own hearts.

Something cannot be kindled unless it already exists, and everything does exist within us as specific archetypal energies. Jung was right on with this one, but he was limited to a certain extent by his prior Freudian association. He broke out of the Morrison, Oedipal, Mother- Love, Father- Kill paradigm, but had not developed the archetypal reality to anywhere near its fullest capacity (This will be discussed later). Again and again, all things that exist in this life, also exist within us, as archetypal energies. It is up to us to examine our fears that keep us from these dark places within ourselves, for it is by avoidance of our own shadows that all these things come to be. If we confronted these “darker” forces, and turned the battle to within, there would be no reason for humanity to act-out in the way it does. It is our denial that perpetuates that which are revolted by.

When a certain critical mass is achieved “within” humanity, or its consciousness, we will begin to see profound changes take place with how humanity expresses itself. Humanity, as a mass, is currently wrapped into a paradigm that is exploring all our deepest fears and expressions of that “darkness” that could possibly be imagined – but these fears are all being externalized. It is unfortunate that these dramas have to be manifest, and that we cannot simply leave them in the realms of our minds, and take personal and individual responsibility for them. The battle of good and evil, the battle with our shadows can only be fought within ourselves. It is up to each of us to deal with those things that arise in each of us on an individual basis. This is what it is, and that’s that, but it is going to change.

There is a church that sits upon a rock, a rock founded on the beliefs and attitudes of a sadly pathetic, weak, and easily-threatened disciple named Peter. Peter was what we might call the first male-chauvinist. He hated Mary Magdalene with a passion, bitter for the attention laid upon her by Jesus, wishing it was he receiving the Master’s love. Based upon this hatred, this church grew to expound the fears of all that is feminine, all that is mysterious and dark, and all that is woman. It is this temple in the earth, this dark, moist cavern where all the secrets of life lay to be revealed, that we have been running from. Whether we be man or woman, we all have this archetypal woman within, and it is this woman that has been repressed, chastised, and threatened for some thousands of years – years even before our dying church was built upon the rock in Rome- the rock that contains the tomb of Peter. Isn’t it ironic that a man so fearful of the temple of the Earth be buried deeply within it?

We are awakening to the feminine, and as the feminine unfolds, we must be wary that we are not simply disguising more of currently abused masculine nature behind a mask of femininity, as is being done by woman in suits and places of power even in these days of transformation. There are those women who have forsaken the same integrity that man gave up on eons ago, thinking they represent the “fairer sex” while donning “the suit”, and completely ignoring their own right-sided feminine nature. They, too, seek power for powers sake, not knowing this kind of power carries no true reward, for it has become a commodity of the Boys Club. These women are no more capable of changing things then our men are. This also is just what it is, and that’s that, but it is going to change.

We must also be wary that we don’t take the momentum of the pendulum of the ages and let it sway to the extreme far right, excluding all that is masculine. This would only repeat the same mistakes we have seen throughout the ages, as we know them. We must settle into the corpus collosum of the theater of life, centered directly between the right and left, take up semi-permanent residence at the head of our glandular systems, and govern ourselves from this golden throne that lays only a few inches behind our eyes.

Life will continue on quite successfully in its own way, we just need to allow it. This cultural swing of the pendulum, and the allowance of masculine vs. feminine age shifts are a making of our own. These cultural ages are not natural events. We must, as a culture, bring this pendulum swing to a standstill, while allowing the motion and exploration of those forces that “spontaneously arise” (like 9-11) to take place only within us. If we can allow and control those forces within us, remaining fully aware of their rhythmic presence, we will experience true psychological homeostasis as individuals – individuals who are part of a greater mass, a greater humanity. All this simply by self-examination, as all this is all in your mind. Accept this, and we shall move on.

* note: I use this term as it was originally used, meaning spell, or illusion, usually cast by some common, and “less than white” magician.