Spirit Universe A visit with a Sirian 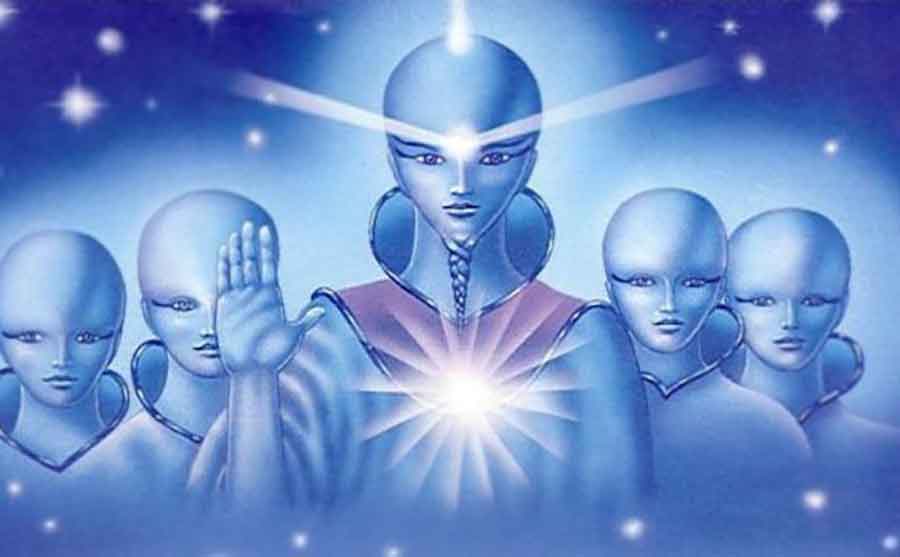 I honestly cannot remember any one circumstance in my life that would have pulled me toward pursuing the ‘mysteries’, except maybe my actual birth into this world. From what I have been told regarding the years of my infancy and earliest childhood (years I cannot remember, of course), I was stubborn and resistant to everything around me. By the time other children were adept at composing sentences to express their needs and feelings, I could only say one word – NO. For me, this was the perfect word. Apparently, I was so talented at using this word, my father had decided that I must have been born with certain mental disabilities.

Well, all things considered, I eventually learned how to compose sentences, and this I continue to do. However, one thing remained at the core of my being, and this was that there was something terribly wrong, something totally unacceptable with this world.

I was thirteen years old in 1970, spending every minute I could on the beach in Venice, CA. They say that if you remember those days, you obviously weren’t there, but I was there, and I do remember those days. Having the proper role models, I initiated myself into a ten-year, accelerated (not-accredited) program of enlightenment and mind-expansion, which was augmented by the use and ingestion of various psychosomatic drugs and herbs.

The world of Hobbits and Wizards was a very real place to me long before I entered this aforementioned ‘mystery school’, and so once my alternative education and diet began, I was running the hills and canyons of the Santa Monica and Malibu Mountains looking to find new friends. I spent hours conversing with boulders about the wisdom of the Earth. I walked with trees who walked with me, no longer bound to the land by their heavy roots. These trees taught me of the power and beauty of the Sun. Two-foot long salamanders spoke of fire while dashing around my legs and nipping at my feet, happy to trust me again after an incident of betrayal in a past/parallel life. The undulating spirits of the water took me to far-off lands and brought me home again. In all those years my life was full, so it never occurred to me to look far away to see what kinds of life might exist on other planets. I never gave a moment’s thought to the existence of UFOs, let alone did I ever see one. I was already a very busy boy.

That is, until some years later. Now it must be said that by this time, I had graduated from the Organic Mystery School of Enlightenment (with honors, by the way), but I could not say I was actually enlightened. I quickly shelved my diploma for paying work. In fact, I became so distracted by real-world pursuits, that I gave no notice to anything but work and waves – maybe a few beers, and then a few more.

The summer of 1985 brought with it a typical evening for me. I had a couple of beers with the boys by the pier at Ocean Beach after sunset. I wasn’t in the mood for partying (this in itself was highly unusual), so I said my good-byes, got in the car, and drove a few miles south to a secluded, undeveloped state-beach. There was no one around, and the sky was covered in a thick blanket of clouds. There was not a star to be seen, and it felt good to be alone.

I walked out into a field of tall grasses by the edge of the cliffs and sat, gazing out over the ocean and watching the waves. A short time passed and I lay back, flattening the soft grasses beneath me. I just lay there looking up at the sky. It had been years since I had meditated, and this night offered no change in my mundane existence of attitudes and lack of spiritual practice. My years of mind-expansion were left in the past, where they belonged to a daring and unsatisfied boy.

Looking up, I noticed the clouds were moving, but not across the sky as they usually would do. They moved while remaining still, and began moving faster and faster. They were slowly turning in upon themselves in the middle of the sky. The clouds reached a boiling point and an opening appeared directly above me. This opening continued to grow until very large, perfectly circular patch of clear sky was revealed to me. I stared at this hole in the sky, gazing at stars that short moments before were invisible to me.

Suddenly, I was flying, actually being pulled up while still on my back. Higher and higher I went – faster and faster into this great empty hole that had opened in the clouds. I was just above the clouds when as quickly as it started, it stopped. I found myself standing in a room with three beings. Tall and slender, they were with long arms and legs, though naturally so – not cartoon-ish. They were of a fleshy color like us, but not necessarily naked.

One stood close by my right side with another just a couple of feet off to my left. The last was across the room, seemingly uninterested in me. What seemed like hours passed as we spoke to each other with our thoughts. The one on my right told me we had known each other for a long time, and that I was one of them. They told me that they were from what we call Sirius.

So, this was pretty cool… I asked this ‘one’, my old friend, if I could go with them to their home – my home, actually, since I was one of them. I was told ‘no’, and so what used to be my favorite word had been turned against me. Apparently, I had ‘things to do’, and so I must stay where I was, where I belonged. What was this? Finish what? I figured I was finished – standing in a room with some tall aliens in a spacecraft floating high above the earth was enough to convince me of that.

It didn’t get any better than this.

Another car pulled up to park on the side of the road. A few young guys got out of the car, drinking beers and having a good time. I was told I had to go back, and ‘poof’ – faster than the trip up, I was back in the grass, flat on my back like I had never left. I was back where I belonged, and where I had ‘things to do’. I sat up, and a hundred yards away I saw the three guys standing by the cliff and pointing at the waves.

Now it’s 25 years later, and I am doing those things I have to do. I have a promise to keep, as we all do, and I intend to fulfill that promise – all this by choice. My Sirian friend has only begun to visit me again, but now this takes place in my realm, in my living room without all the dramatic bells and whistles of the first time. S/he, the Sirian, doesn’t come frequently, but always comes with a small, portable, folding chair. I am told the Sirians like their chairs.

And so it is still, basically, an unremarkable life. I still live in a world of gnomes and undines, salamanders and sylphs, all of which I am honored to call my friends. I am a close friend with a Native American shape-shifting snake who teaches me of reptilian medicine. I have a Tibetan Teacher who also likes his chair – it flies. None of this can I consider remarkable, for what some might call strange and bizarre, I must call ordinary, for it is considered ordinary by those who teach me. If ordinary, it cannot be remarkable. To me, what is remarkable is this man’s world with all its excessive technologies and glamours, gossips and lies. Those are the things that are NOT ordinary, and so those are the things that ARE remarkable.

It is this world, man’s remarkable world that I live in, but must pay little attention to for my own well being. It is this world, man’s remarkable world that must change. The way for that to happen is by our acknowledging the remaining part of the world that we have ignored for too long – this ‘other world’ is truly the larger part of reality, for ours is just the tip of a rich and marvelous iceberg. When we turn our heads to see something different, no longer enraptured by phenomenal things which cannot last, we will be filled again, and our priorities re-ordered.

Every night I look outside of myself, hoping to see what is already within me.

Every night and I have still never seen a UFO.

Finding truth outside the church