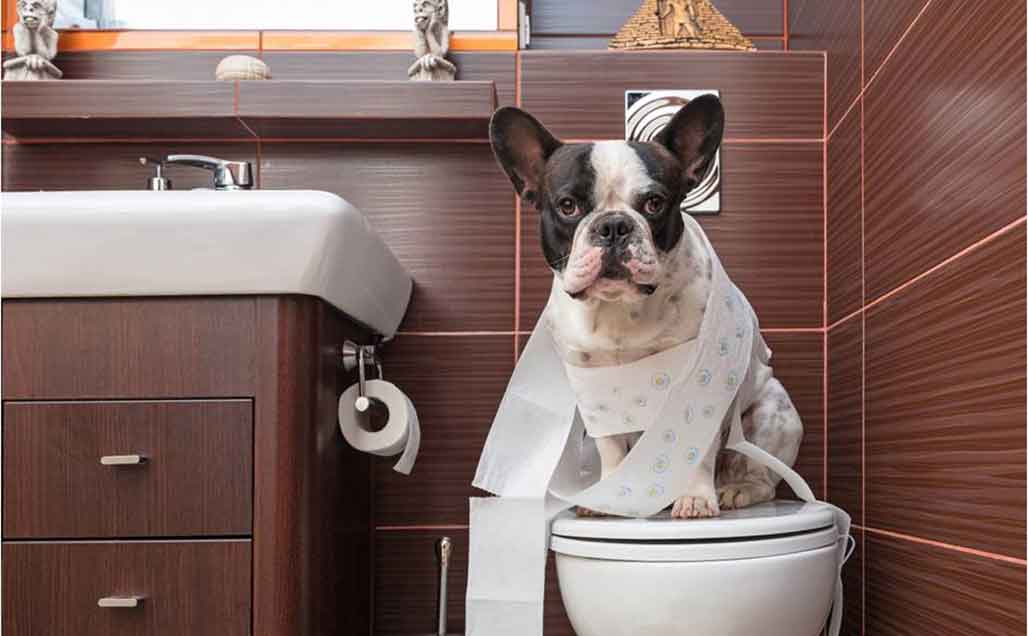 It is frustrating when our pets, and of course they are family, test our patience by refusing to accept that the toilet is outside! We may scold them and berate them not to do it again, that’s our frustration, and for our penance we get to clean up after them. At these times, I am tempted to believe that dog spelt backwards is … Oh for a budgerigar!

I find that being able to chat with our pets can calm the nerves and help us to get straight to the cause. For example, consider the situation faced by a client:
Owner: Sandy and Tim (very nice English couple)

Pooch: Silver (beautiful 15month white and brown cocker spaniel)
Sandy called for an appointment. After telling Silver, of course, that I was coming over to straighten Sandy out.

When I arrived, Sandy and Tim welcomed me in, as did Silver who was trying very hard with her cute puppyish ways to win me over. Naturally, I let her know how adorable she was.

Sandy had a list of questions but first I wanted to know who was the boss of the house. I asked Silver. She looked at me oddly and said ‘We are’ (meaning all three of them). I smiled as I told Sandy and Tim. They were a little shocked. I calmly told Silver that Mum and Dad (Sandy and Tim) were the bosses and that she came next. Silver asked me why and I replied with ‘this is how it is’ and she accepted.

I then asked her if she had been going to the toilet in the house. Silver owned up and said yes. I asked her why she was going in the house and advised her that it was bad manners. Silver told me that her Dad (Tim) had changed his routine and she didn’t like it. I explained this to her Mum and Dad, who were initially perplexed.

I asked them to think about it for a minute and prompted them both with questions such as what the routine was for walking, eating, playtime, who walks her and when and if any changes had occurred. Sandy said quietly that the only change that had happened was that she didn’t walk Silver in the evenings anymore because she had been unwell. Instead Tim had taken over.

I asked Silver if she liked walking with her Dad and she replied ‘No, he rushes me all the time and doesn’t pay me attention. I don’t have fun’. Relaying this to Tim seemed a little harsh, but he took it on the chin and said that he makes his overseas work calls at night, so that he could kill two birds with one stone. Silver told me that she wanted her Mum to walk her at night but I explained that Mum wasn’t feeling well and that it is her job to look after her Mum too.

I asked Silver what would make her happy to walk with her Dad. She replied that she wanted him to slow down because he marched up and down the street and she couldn’t get a sniff of any patch or smell the grass so that she could decide where she wanted to go to the toilet.

Tim slowed down his walk, still chatted on the phone but let Silver relax and go to the toilet. Poor Silver was so anxious when walking with her Dad; it caused her to hold all her toilet movements until she relaxed in the house.

A week later, Sandy called and said that Silver had been amazing since the visit and hadn’t pee’d or poo’d in the house since. So by compromising on both parts, a happier home environment for all was created.

Another mission impossible solved. Animals are sensitive to changes in the home, just like we are. Could this be happening at your home?