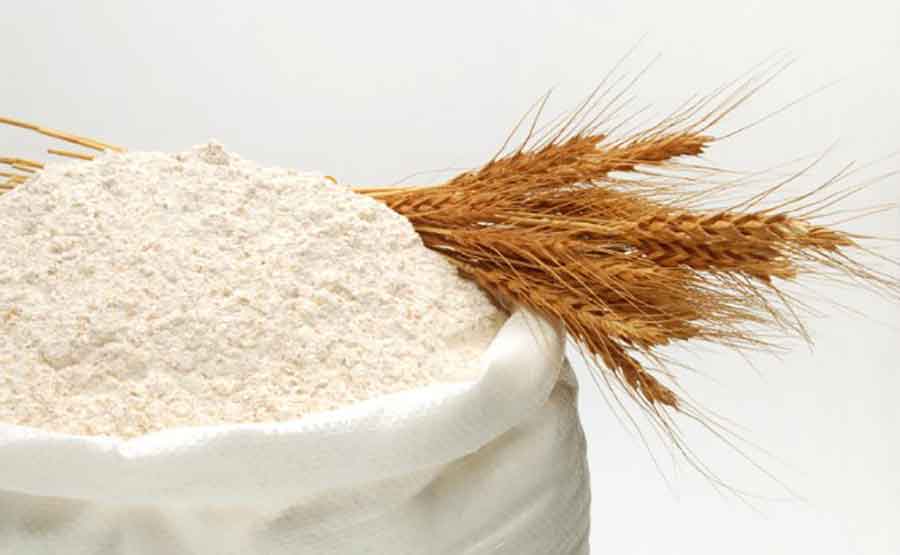 Our world has gone white. We are obsessed with the colour and the purification. Words such as pure, distilled, refined and clean now sell better than the infamous ‘sex’ word. We as a society seek clean foods for our clean lifestyles in our clean homes. We want things that are refined and distilled to perfection. We want ourselves and our children to only eat pure. But we have distorted these concepts. Purification of once healthy, wholesome and nutritious food is killing us. Distillation and refinement are giving us cancer and our children attention deficit disorder(i). Clean foods are weakening our immune systems.

One can trace it back to a statement as simple as “Let them eat cake.” Marie Antoinette was genuine in her concern for the people. She was so far removed from that populace however, that their rioting for lack of bread was incomprehensible. Let them eat cake, a far better substitute anyway in her mind. Since the time of class divisions we have sought to better ourselves by eating what is perceived to be better foods. White bread, milk, margarine and refined, pure-snow-white sugar were heralded as heavenly. The now deadly foursome that makes up a typical cake. The saying ‘the best thing since sliced bread’ may well be looked back upon in history books as the beginning of the diminishment of the world’s health.

White flour is a drug. It has been far removed, over centuries, from its original and nutritional self. Coeliacs are popping up everywhere, ‘gluten intolerance’ and ‘allergy’ are common terms. Pimples in youth who eat white bread sandwiches everyday, hyperactive children and an increasing epidemic of cancer is finally waking us up to the truth.

We know that sugar is bad for us. After generations of malnourishment and hard physical work sugar was a godsend. A simple food that could be processed quickly by our systems and give us a well needed boost. Over-saturation and overindulgence of sugar is now causing malnourishment in an entire generation. Almost everything we eat is sugar. Refined carbohydrates are just one chemical step away from sugar. The effect on our system once consumed are almost identical. We are talking about all white flour foods: white (and even most ‘wholemeal’ and ‘wholegrain’) breads, crackers, cookies, cakes, noodles, pasta and most convenience foods.

Let’s compare flour today to a few hundred years ago. In time gone past the wheat grain itself was rather different. Selective seeding has seen the wheat grain change significantly. Strains that grew the quickest and gave the largest yield have been selectively seeded, resulting in a wheat grain that favours quantity over quality of nutrition or flavour. Kamut is an ancient relative to wheat which originated in Egypt. It is a good substitute for wheat, and has a pleasant sweet and buttery flavour. It has 20-40% more protein than wheat, up to 65% more amino acids, contains more healthy fatty acids, and is rich in magnesium, zinc, and vitamin E.

Another ancient cousin to the modern version of wheat, is delicious and nutritious spelt. Spelt was one of the first grains to be grown by early farmers as far back as 5,000 BC. With its rich sienna colour, this robust and flavourfully ‘nutty’ gem offers us a fantastic source of fibre. Rye has a dark and rich flavour that’s a favourite for making wholesome bread. Rye was first cultivated in Germany, and is thought to have originated from a wild weed species that grew in wheat and barley fields. Rye is rich in manganese, fibre, selenium, tryptophan, phosphorus, magnesium and protein. Rye bread may be a particularly good choice for people with diabetes, as a study published in the American Journal of Clinical Nutrition found that wheat bread triggers a greater insulin response than rye bread.

Not only has the grain itself changed. Modern wheat is still a reasonably healthy food. The second problem is refinement – taking a whole food apart and consuming only the ‘whitest’ and least nutritional components. Next week we will look at roller milling and finish up by exploring alternatives to both the wheat itself (especially for the gluten intolerant) as well as alternatives to milling and processing.

(i) Are Doctors Sugar-Coating Attention Deficit Diagnoses?; at http://www.vrp.com/articles.aspx?ProdID=593

AND Attention Deficit Disorder by Lorraine Day, M.D.; at http://www.drday.com/attentiondeficit.htm