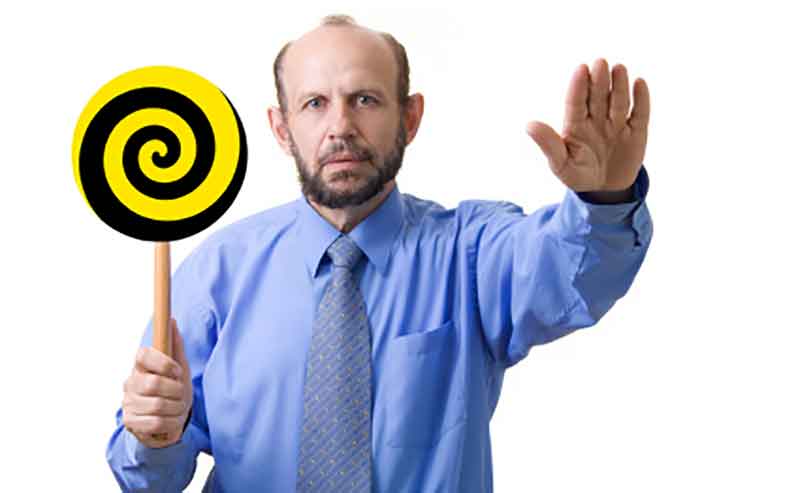 A Hypnosis session generally is a one hour session and commences usually ascertaining how much the client “knows” about Hypnosis, then clarifying the actual procedure.

What to expect from a Hypnosis session

Because Hypnosis is a relaxing and enjoyable experience and pertains to unconscious communication, the flow of this transpiration will begin fairly quick, depending on the ease of the client.

There begins an exchange about what the particular problem/challenge is, part of its history and future aspirations of how life would be without that problem. The client is asked a series of questions, pretty much just indicating their willingness and openness in accepting change and rectifying change in their current situation.

Some clients choose to stay seated or lie down; whatever the client comes forth with is of utmost importance and should be considered. The more comfortable they feel, the much easier it will be for them to relax “in their mind”. Really, it’s just a matter of closing one’s eyes, going through some initial guided imagery and light meditation procedures and the client will begin to relax.

They will begin to realise that they are fully aware and in control, that they have made a life changing decision to finally eradicate this old habit and it is one that they longer need.

Often music is played in the background. Certain sounds such as water, forest, flutes do promote relaxation and is quite often a generic instrumentation for hypnosis. Repetitive music and sounds also. There are also some tones that are played at particular decibels, pitches and rhythms and frequencies that have the same relaxing effect.

The music allows the client to focus on the sound, so that this will quickly dispel any nervousness and will create an instant brain mechanic link through the auditory sense to promote relaxation. It is then that the skill of the Hypnotherapist comes into play through voice, clarification, depth and rhythmic tones to co-join the music.

The level of deep relaxation is a fine and practiced skill requiring many years to become truly proficient. It is a particular task that the Hypnotherapist is totally engaged with the client; reading body signals, ascertaining how the client is feeling at that given moment in time, how well they are accepting and believing the given suggestions and whether they are at a sufficient point of relaxation to be induced further.

The Hypnosis session is a gentle journey to communicate to the Unconscious Mind that the program it is running can now stop and that instead, other beneficial and more appropriate suggestions that align more with their values and beliefs will replace that. There are varying degrees of Hypnosis and varying approaches. This is dependant on the relationship between the client and the Hypnotherapist.

Because it does take approximately 2-3 weeks of repetitive thoughts, actions and behaviour to create a habit, the optimal approach when regarding Hypnosis is to maximise this time space. So that in a space of 2-3 weeks there’ll be an average of four sessions, re-iterating the suggestion. Sometimes in the same way; sometimes in a totally different way (depending on the level of relaxation and what needs to be achieved). Some therapists prefer to leave each session on a weekly basis, however research has shown that optimum change occurs within 3 day blocks so that the constant inundation of the suggestion occurs at a peak each time. The beauty about it is that the Unconscious mind will immediately link further suggestions to previous ones so that the impact is hugely magnified.

All Hypnotherapists should have scripts. These are proven methodical and structured procedures and guidelines that form part of the therapy. Using them as foundations, the session is then created for the individual client.

Most Hypnotherapists also have Psychology backgrounds, NLP or Life Coaching qualifications. The reason for this is that the best way to overcome a challenge is through both conscious and unconscious integration. It makes sense to put both on the same page and utilise all aspects. Its effectiveness is guaranteed by the openness and willingness of the client to resolve the problem and by the skills and sensory acuity of the Hypnotherapist.

Hypnosis promotes confidence, clarity and focus. It immediately reduces the heart rate and blood pressure and allows more oxygen into the blood stream thereby allowing you to leave the sessions renewed, revitalised and re-energised.

So close you eyes and relax….as you take a deep breath in…. and out…