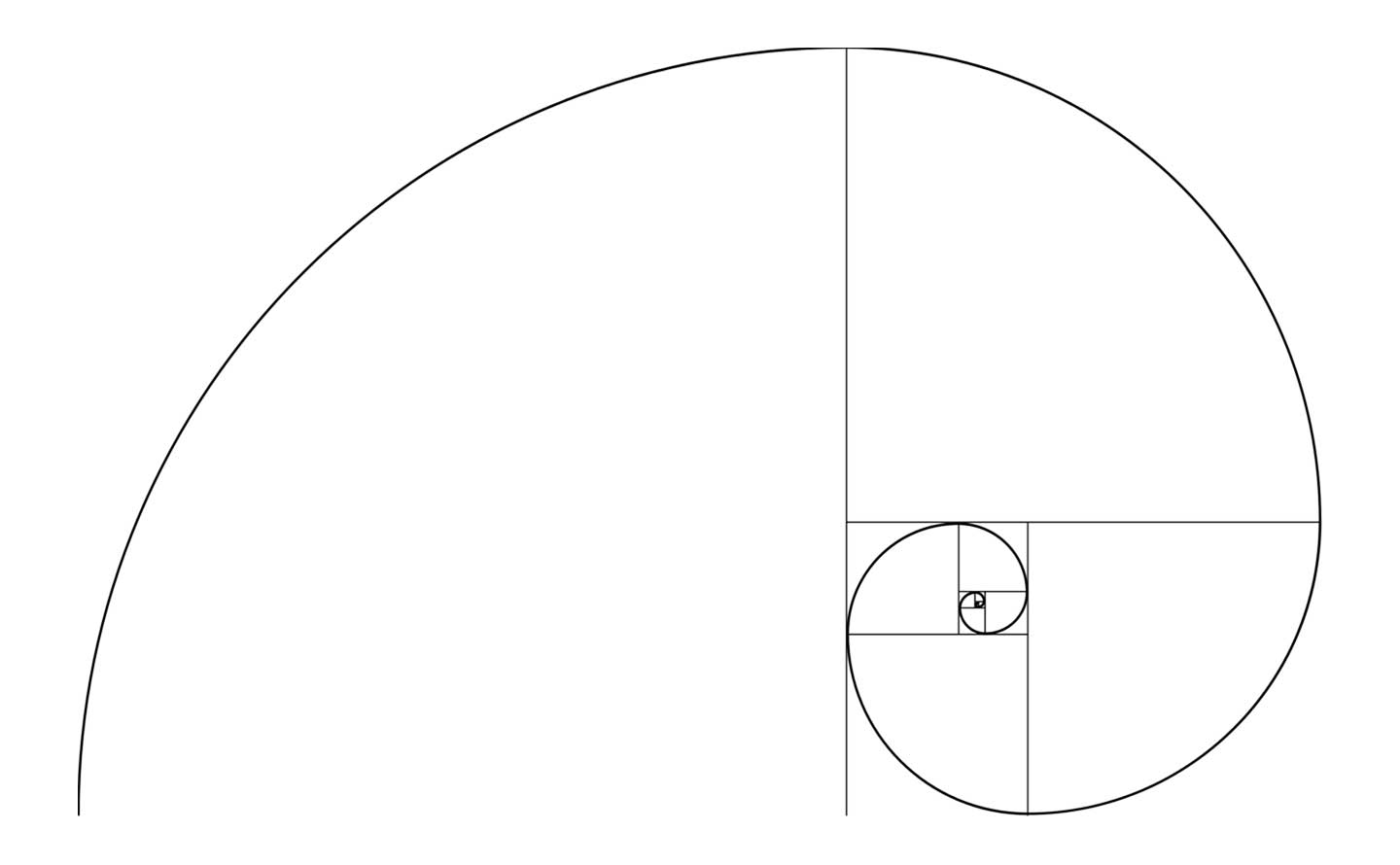 The Fibonacci sequence is a pattern of numbers that defines organic growth.  This sequence can be observed in animal and plant life, the human body, and can also be attributed to success in life.

Illustrated as a spiral pattern (or a series of spirals) the Fibonacci sequence is seen in such plant life as the sunflower floret and pine cone.

This pattern occurs by adding the previous number to the current one and repeating the cycle.

A fundamental element of Sacred Geometry, the Fibonacci sequence can also be seen in the breeding habits of rabbits. A species able to mate when one month old, one pair mates and produces another pair at two months – so two pair now. They reach maturity and mate at the same rate as their parents. By the end of the 3rd month the original pair produces another pair, so now three pair. By the end of the month four, the original pair and the first pair born produce one pair each, so now five pair (1+1 =2; 2+1 =3; 3+2 =5; and so on).

Although science generally accepts this spiral pattern can be seen in certain aspects of life on earth, others take the view the Fibonacci sequence (named after Leonardo of Pisa who was known as Fibonacci) is the mathematic equation for life as a whole. It is closely linked to the Golden Ratio and has many applications.

Fibonacci retracement is a technical analysis for determining support and resistance levels. It can be applied to such practices as charting market data for the growth of stocks. We can also use the Fibonacci sequence to achieve goals and succeed in life. It’s relatively simple in theory.

The first thing to understand is that choices we make in the present will affect where we arrive in the future. By learning the lessons of the past then integrating that learning into the present we can subsequently achieve a better future.

Take relationships for example, which are made up of the sum total of interactions we have over time with people we come into regular contact . Some relationships are functional where the interaction is mutually beneficial and seemingly effortless, and signify the Fibonacci sequence working naturally. But others can be difficult to read.

These difficulties can arise from misunderstandings and disagreements but can be rectified by being able to define where the misunderstanding occurred. By coming to terms with this and being conscious of correcting the situation when it arises the relationship is in a position to balance itself. This can clear the path for better interactions in future. Let’s break it down.

Previous position: Understand the past by knowing where the point of disconnect (or failure) is in a specific situation, and why it occurred.

Current position: Take that knowledge into the present. A similar challenge presents itself again – maybe in another form. By coming to terms with the past point of failure the current challenge can be overcome. If applied correctly the pattern of behaviour balances itself and clears the way for growth to occur.

Future position: The past is accounted for and learning integrated, the mind is clear to proceed to the next challenge.

Continuing to follow this principle allows for growth to become exponential, which ultimately leads to success in that aspect of life where the initial disconnect occurred. Apply the Fibonacci sequence to multiple situations and the pattern takes on a more complete shape – like that of the sunflower floret. The more complete the pattern the more complete becomes life itself.

Letting go of things no longer working allows us to fully integrate into the present and gives us the best chance of succeeding. Integrating only the best of the past into our current lives will build momentum moving into the next challenge – and the next.