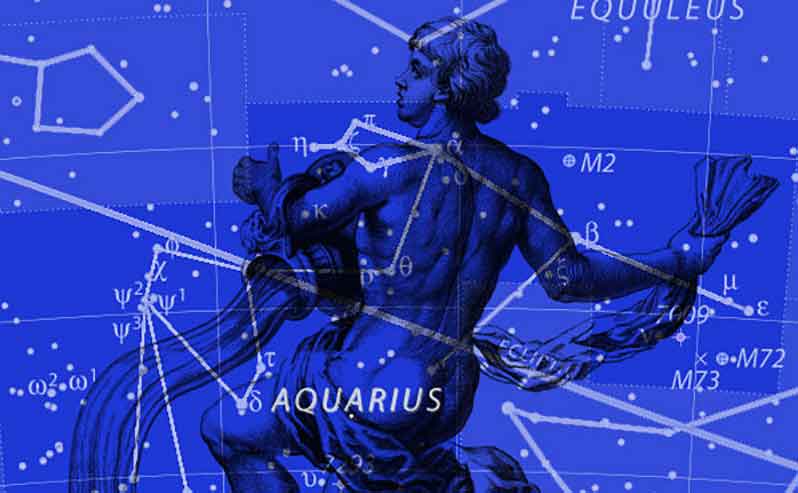 The complete Precession of the Equinox takes approximately 26,000 years. This results in any single age lasting around 2,150 years. We cannot be certain exactly when the Age of Pisces began, only that it was around the time of one called Jesus – this much is astronomically certain. This does mean, however, that we cannot know for certain when the Age of Aquarius is to begin. Knowing this soon to arrive new age has certain astrological traits (i.e. feminine, goddess-centered ways), we can, however, look for the manifestations of these traits, and the frequency of certain changes in cultural thoughts and behaviors of the people in the last few hundred years.

Everything was pretty much status-quo in this period, until just before the turn of the last century. The hub of the world at that time was England, and she was experiencing great changes between freer thought on over to radical thought for the time during the Edwardian and Victorian Ages. Woman’s rights, sexuality, magical practice and goddess/earth worship became issues of the day. The Suffragette movement was big in both England and America. The trends towards “girl power” became a viable marketing principle by the 50’s in the States, where being a housewife carried a lot of spending power. The Women’s Liberation, in spite of it’s obvious results in the workplace, was a necessary effort. All this to say that we had obviously entered into classic cusp activity, where a new age shows it’s signs with its approach, well before its true arrival.

The effects of the former age will, of course, linger beyond their time, even as the new age has begun. Some could say our Piscean behavior has been more than just hanging on- it has actually become explosive and extremely tenacious. This momentum could normally indicate a long period lingering into the Aquarian Age where we will still witness this behavior for many decades to come. Even if this may be true, I would have to speculate (based on the axiom that the bulb burns “brightest” just before it dies), that our downwards spiral into decadence and self-gratification will shortly outrun itself. This, combined with the growth that our Community has gained in just the last 40 years, we stand a good chance of being well entrenched in our “new age” and our new ways within 10 years of entering the next age – the Aquarian Age.

Back to dates – how can we know when this new age begins? First, time in God’s eyes means nothing. That being said, I will continue- we are calendrical peoples, we register the striking of light on material surfaces by way of this structure called time. Time allows us, among other things, to understand our world and our limitations, and by doing so, we can transcend the same.

The Mayan, Hopi, and Egyptian prophecies and calendars evidence the coming of an astronomical new age. Astronomy and cosmogeny evidence the same. Of the prophecies, the Mayan calendar is most specific regarding dates, and gives us a figure for the shift in ages, though there is some argument established whether this will be either 2011 and 2012.  Either way, we now have our window of opportunity to establish the new ways that we wish to be into the world of form – we now have a short time to practice, to get a jump on things.

The initial leap we took around a century ago had us hurtling towards the ground at tremendous and disorienting speed, but we can now see the ground upon which we will land. We can see this terrain more clearly now, and are well-enough prepared for a quick landing. Our Community will be established –  consider this our baptism, the day we hit the ground.

Dishonesty, corruption and intolerance will die with the warrior/dinosaurs that practice these methods of gaining and holding power over others. We, as a race, will no longer be deceived by apparent circumstance and manifestations of the last and desperate actions of those in power. The acts we witness today are only the spasms of the dead corpse of the Piscean Age.

The doors of perception are open, and the walls of Jericho are starting to fall as our call rings out more loudly each day. We are not alone, disconnected, or powerless. The powers that have been used for millenia to coldly embrace us with this totalitarian shadow are our powers – these powers that we have so easily and complacently surrendered are pure and non-discriminatory; they are available to all, and are simply misused by the powers that be of this day. This is what really limits the power of those who hold it today. Everything is smoke and mirrors when power is debased.

Albert Einstien stated once that problems cannot be solved on the same level they were created, and hence, many believe that those same tools, rituals, and soft magical manipulations used for political gain would be the wrong way to approach the problems we have before us. However, our problems are evident in increasing centralization of government, the pruning of certain freedoms by shock-and-awe agendas, and sleepy responses to contrived disasters and crises that prompt us to just go shopping.

We can use the same tools mentioned above, currently used by such reputed Masonic groups and the Illuminati fed directives placed before us. Talismans, lamens, and symbols once held behind closed doors from times before ancient Egypt are now being exposed, and these symbols and practices are not, and never were sourced in malevolence. These archetypal powers are sourced accordingly both in the darkness and in the light, are not to be regarded as commodities to be under lock and key. They are not to be considered either good or evil, for they transcend all things in the world of duality, and are only qualified as “good” or “evil” by those that use them or perceive them. In and of themselves, these powers only exist in a pure state of potential, and only require wisdom to temper them to ascertain their correct and balanced use.

We bring fear into these places of the Temples of Man because we have witnessed the great misuse of these universal and planetary powers, and because of the way we have been told that they are. The feminine has been ignored for much too long, and is now something to be feared. We have been manipulated by religion, and weakened by priesthoods around the world, but records have survived the millenia even in front of our noses. It is only in our weakened, sleepy state that we refuse to claim and admit our freedom and power – meanwhile we cry out for it our dreams, and in the midst of apparent chaos.

We now must claim what is rightfully ours, and sever our support of this illusory structure called our present government that exists only to profit itself and its members by using the people, herding the people, and slaughtering the people. Deny those leaders, men and women, that make promises of a better life, and accept your innate and god-given ability to govern yourself. The government must serve its people, not govern them.

Finding truth outside the church